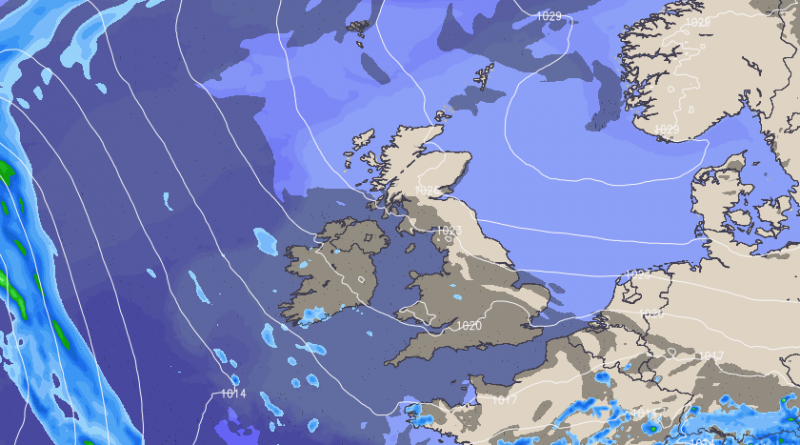 High pressure will be situated to the north/northeast of the UK through the weekend meaning an easterly flow will reside across the country. This will bring largely dry weather across the region with a small risk of a shower on Saturday morning.

For many we’ll see a good mixture of sunny spells and variable cloud which may linger across southern parts of the region from time to time with the best sunny spells coming across the northern half of the North West. Feeling cooler though than we’ve seen of late.

Largely dry weather is expected on Sunday and although there may be some cloud from time to time there will be plenty of sunny spells too but these are more likely to be prolonged across the northern half than the southern half. Stiff easterly winds are expected through the day though which will take the edge of the maximum values, despite it likely being warmer than Saturday.